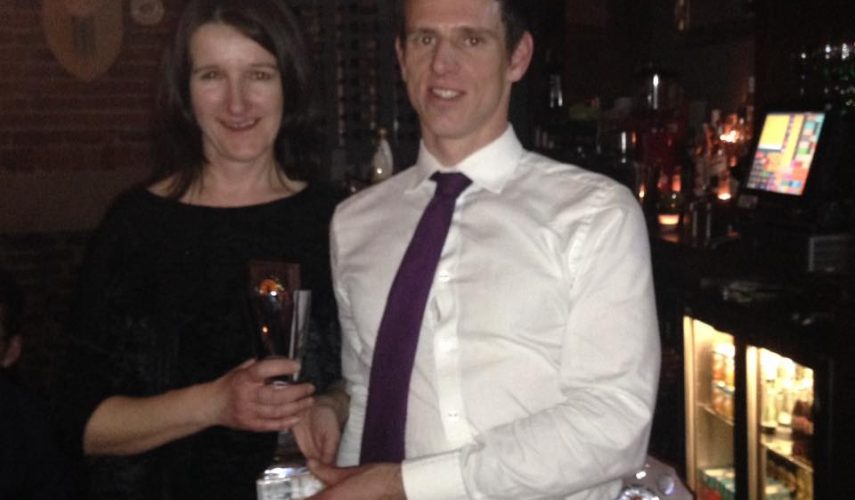 The club met recently for its annual awards dinner and Adam, a double gold winner in Rio last summer and a Leeds resident, was the guest speaker at the event. Adam outlined how he and fellow champion Steven Bate had worked together in the months and years building up to Rio to out-perform the other teams at the 2016 Paralympic Games. He also handed out the club’s medals and trophies, congratulating the winners on their successes.

The evening’s event was presided over by outgoing chairman, Fred Lyn, although Adam proved to be the star of the show; mixing with club members and their guests both before and after the formal proceedings.

Club Social Secretary, Rob Collier, who organised the event, said afterwards: “Adam had no airs or graces, and was keen to speak one-to-one with as many people as he could on the night. Obviously, Rio 2016 was a great success for British cycling and it was great for us to hear from the inside just a small part of what went on behind-thescenes in achieving that success. The fact that Adam is local as well made it even sweeter.”

Thanks to Mike for a write up of January’s Annual Dinner featuring Adam Duggleby, double Paralympic gold medalist. Adam gave a fantastic talk and was on hand to present our annual awards.