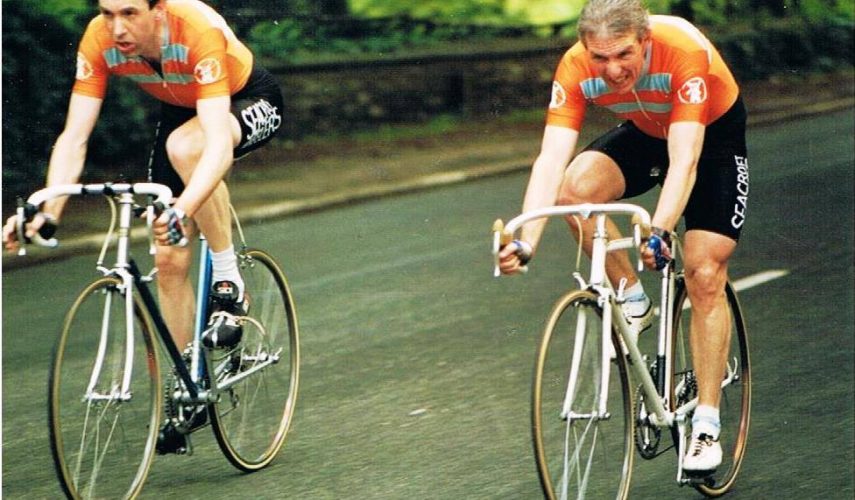 The first Malcolm Davidson Memorial Ride took place on the 18th May 2014 to celebrate the life of our friend and club member.

Mals son Ian attended along with over 60 riders from Seacroft and other local clubs that Mal rode with and raced against. The ride went from the Skyliner to The Courtyard cafe in Womersley, a round rip of around 45 miles.
A small donation was made by each rider to Mals wife Norma’s charities of choice The June Hancock Mesothelioma Research Fund and Prostate Cancer UK.

Mal was an active member of Seacroft for over 20 years taking part in club rides, trips to the Isle of Man and to Mt Ventoux numerous times. Completing his second and last Club des Cinglés on 24 June 2012 aged 71. He competed in many sportives, endurance events and time trials, locally and nationally and still holds several club records.

Some pictures from the ride