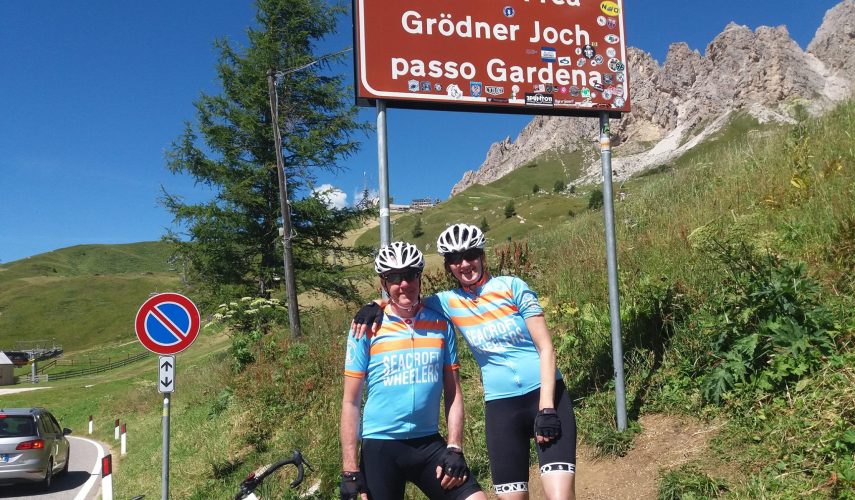 It is with great sadness and deep regret that we report the untimely passing of long-standing member, Lynn Hanson.

Lynn and husband Nick have been members of Seacroft Wheelers for many, many years – probably long before most of us had even heard of the club.  They have both won many club awards and competitions, and been loyal and supportive members for as long as we can all remember.  Their three children have also been members too.

Lynn was initially diagnosed with cancer in early 2021 and early treatment returned quite positive results.  Unfortunately, the disease subsequently spread.  Lynn and Nick still rode as much as they could, and the couple were able to rock up at the club’s Evening League in Tadcaster last summer for a catch-up with old friends.  Last month, Lynn was moved to Wakefield Hospice, and she passed away on Wednesday 1 June 2022.

Lyn (and Nick’s) awards are far too many to list here, but she was a prolific time-trial winner, and the club’s most successful female time-triallist.  Her achievements include a 22-minute 10-mile, and 58-minute 25-mile…the latter at the age of 49!  Lyn and Nick remained loyal to Seacroft Wheelers despite approaches from other clubs to help them form race teams and tutor time-trial specialists.

Lynn, Nick and the kids also cycled in many European countries, taking in some of the big international racing events, and ‘caught up’ with figures like Lizzie Deignan, Mark Cavendish and others.

Funeral details will be posted when available.  It is expected that the committee will also want to remember Lynn and other ways, too, and that will be considered in due course.